Well. WELL. If 2014 was the year that Bristol started to accelerate its food & drink scene, 2015 is the year it really hit the big time.

From the arrival of several big national chains such as MEATliquor and Wahaca to reviews from some of the best-known food critics in the land (all heaping praise on excellent locals such Birch, Bellita and Flour & Ash), Bristol has really matured into arguably the UK’s most exciting location for new & independent food & drink businesses – hurrah!

It’s hard to know where to start with the highlights for this year, but I’m going to single out my personal food & drink hero of 2015, and that’s new event listings & organiser Foozie, who put on some of the best events I went to this year, from Bristol lingo bingo & chicken wings, to incredible supper clubs, to bao making – plus the best party I’ve ever been to, which was in a fancy dress shop no less!

Keep an eye to Foozie in the new year for their next lot of events; plus you can also book tickets for a variety of other food & drink events around Bristol – nice!

2015 Highlights: Grace from Girl in Bristol

ALL of the small plates at The Gallimaufry, I couldn’t possibly pick one. Tapas at Flow who have repeatedly shown Bristol, vegetarian dishes are by no means boring. Her Majesty’s Secret Service for cocktails, we’ve had many a merry night here over the past six months. The new Ox on Whiteladies road for some classy calamari and cocktails and Bento Boss for a cheeky office lunch. And last but by no means least, I couldn’t go without mentioning The Rummer, which has fast become one of my favourite haunts for a Friday night cocktail or two! 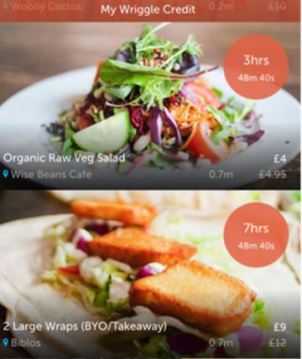 In a similar vein, local food deal app Wriggle has also gone from strength to strength – the amount of deals on the app every day is incredible, and I use it just as much to check what new places I need to visit as much as I do when I can’t make up my mind what to have for dinner! They’ve also successfully expanded into London, with plans to extend even further, which can only be a good thing for the rest of the UK.

Finally, for those of us too tired/hungover/lazy to leave the house, Deliveroo arrived in Bristol this year, meaning you can get some of the city’s best food delivered to your door, whether it’s a burger from Three Brothers, sushi from Yume Kitchen or a burrito from Fuego.

Soul Fish on Gloucester Road is lush, as are Her Majesty’s Secret Service for cocktails, and Chris & Jo at the Vittoria. Another highlight is  reopening of The Kensington Arms!

New Kids on the Block

The rate of new places opening in town is still ridiculous – I struggle to keep up in my monthly round-ups!

I think my top picks would be Aron’s Deli for providing me with some of the best (and filthiest) sandwiches I’ve eaten, The Historical Dining Rooms for its gorgeous interior and exciting twists on some very old British recipes, and The Old Market Assembly, which only opened in December but is already such a welcome venue in the area, from its top notch menu through to its impressive music & theatre listings – make sure you pay all three a visit soon!

I’m also a big fan of Mexican food, so Bearritos (burritos from a bus in the Bearpit – I love a bit of alliteration) & Fuego were welcome additions this year, as were the exciting new pizza joints – Zero Zero in Easton (hangover breakfast calzone!) and Pizza Workshop in Southville. Again all well worth a visit.

If you’re more of a cafe connoisseur then you probably noted a few great new places this year – Ironworks Supply Co in the old town (home to huuuge sarnies and the world’s cutest dog), Tradewind Espresso on Whiteladies Road, ping pong ‘noshery’ *shudder* Wiff Waff on Baldwin St and Phoenix Cafe near Broadmead – a little oasis of joy, snacks & creativity.

Finally, St Stephens St in the centre got a raft of new business towards the end of the year – veggie fine dining from 1847 in Oct, then pizza slice takeaway Proven & CUPP bubble tea bar in December.

My favourite new opening that I’ve tried so far has been Bellita – it’s a lovely, relaxed environment with a fantastic drinks range, and a small but perfectly formed menu that’s perfect for sharing! The Reuben at Aron’s Jewish Deli, the Mouth-Watering Chicken at Chilli Daddy and the opening of Giggling Squid are other personal highlights of 2015!

As well as the aforementioned vegetarian fine dining restaurant 1847 coming to Bristol this year, we’ve also seen a whole bunch of other delectable diners opening around town for vegetarians & vegans.

Take your pick from soul food at Easy Rawlins Diner in Easton, comforting dishes & great coffee at The Black Sheep Cafe on Gloucester Rd, or choose from the small plates, tartines & incredible cocktails at Flow in Haymarket Walk next to the bus station.

My favourite new restaurant opening this year has to be Bulrush in Redland. The cooking is bloody superb & really inventive and the tasting menu is fantastic value. Oh, and it’s a 5 minute walk from my house 😉

I was exceedingly pleased to see Moor Beer move their brewery to St Phillips earlier this year – they have a pub on site as well as offering tours of the brewery, so get yourself over there asap!

In terms of some exciting changeovers, The Hophouse in Clifton Village turned into Nettle & Rye, The Adam & Eve in Hotwells was taken over by the Small Bar team, The Hope & Anchor came under the same management as the excellent Volunteer Tavern, The Hill on Cotham Hill changed to Brewhouse Bar & Kitchen, Charlie’s Bar next to Clifton Down station turned into quirky cocktail bar Her Majesty’s Secret Service, Thai Edge in the centre is now Aluna mixology bar, and Flinty Red has sadly departed us to be replaced with Bellita – phew!

Food-wise it’s got to be Wallfish Bistro and Flour & Ash. For drinks Pata Negra (but that’s favouritism). Best pop-up for me is Bar Buvette, and the Best Event was Eat Drink Bristol.

As usual there were more events and festivals in Bristol this year than you could count on a football team’s fingers, but the highlights for me would have to be the tapas tipis & live music at Eat Drink Bristol Fashion, the meaty utopia of Grillstock Festival, another eclectic Food Connections and bigger & better returns for Bristol Beer Week and Bristol Cocktail Week.

We’re still smashing it on the pop-ups front too, and more bars than ever opened up their kitchens to some of the city’s most exciting vendors (check out The Old Bookshop, The Hillgrove and Bristol EATs events in particular). My picks from the newbies this year would have to be:

Some other events which made my year that bit more special were Rumageddon #2 at The Rummer (yes I organised it, but it was still epic), Adventurous Eats at The Bank Tavern, Steak & Lobster night at The Rummer, Weber & Tring’s tasting evenings, Cannoli & Gun film & food events, and some great pop-up collaborations at Bristol Supperfest. I’m also gutted that I missed Brinner at Brew Coffe Co – it looked amazing!

I don’t think I could possibly choose, as we’ve been spoilt rotten this year so I’m going to cheat and choose a few!
Flow – for incredible veggie food and some of the best cocktails I’ve ever tried (the Rhubarb Sour tastes like fairies and is the stuff of dreams)
The Ox, Clifton – Not technically a newcomer but I’m never going to argue with somewhere else to eat the best steak in town whilst surrounded by taxidermy!
Her Majesty’s Secret Service – I’m not normally one for novelty cocktails but these guys have got it nailed! Awesome team, gorgeous surroundings and spot on cocktails that don’t take themselves too seriously.

There’s absolutely no competition here because Foozie quite frankly blew us all out of the water this year! Bingo Wings was an utter triumph, and the one-off Fancy Sesh, which saw a fancy dress party in a fancy dress shop, complete with cocktails and cheese was without a doubt the best party I’ve been to in years. More of this for 2016 please Thom!

What were your 2015 highlights? Let me know in the comments below, or tell me over on Twitter (or on the Facebook page if that’s more your ‘bag’).

Before I go, here were the year’s most popular guides – in case you missed them!

Merry Christmas, and here’s to an even tastier 2016! Shonette x

Some of your highlights so far:

Join 1,209 other subscribers
Follow A Life Less Organised on WordPress.com